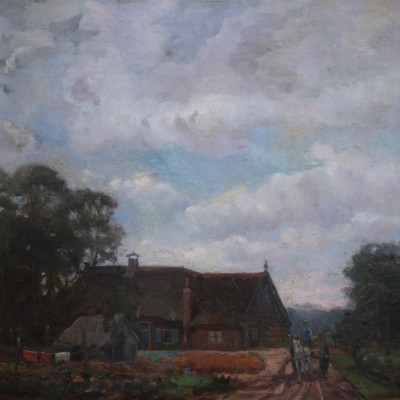 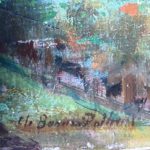 Charlotte Boom-Pothuis was a Dutch etcher, lithographer, painter and draftsman.

Family
In 1868 the Jewish vendor Joseph Elias Pothuis and Esther Brandon married in Amsterdam. They had two children, Charlotte and Samuel. Samuel Pothuis later became a diamond worker, socialist and a well-known union manager. He married the feminist Carry Pothuis-Smit.

Education
Charlotte Pothuis was educated at the Dagtekenschool for girls in Amsterdam (1886-1887) as a student of feminist Betsy Kerlen. Later she received lessons from Henriëtte Asscher, Jan Zürcher and also, just like Joseph Isaacson, had lessons from Meijer de Haan.

Wedding
In 1891 she married the painter Karel Alexander August Jan (Alex) Boom (1862-1943). The painter Louise Boom and decorative artist Robert Boom were born from this marriage. In 1928 the couple exhibited at the Intima gallery in the Leidsestraat.

Theosophy
Pothuis was a member of the Theosophical Society from 1895-1899. Her husband Alex Boom also became a member in 1897.

Photographer
From 1896 to 1897 she had her own photo studio with the painter Anna Sluijter, on the Singel in Amsterdam, under the name “Dames Sluijter & Boom”. It was probably the first women-driven photo studio in Amsterdam.

Memberships
Pothuis was a member of Arti et Amicitiae, a working member of Sint Lucas and one of the founders of the “Appeles” art circle. Charlotte was also a member of the Vereeniging voor Vrouwenkiesrecht. It is not known to what extent she played an active role in the women’s movement, but she did participate in the exhibition De Vrouw 1813-1913.

Oeuvre
Pothuis painted and etched, among other things, village and city views, landscapes, portraits and still lifes. Through her painted portraits of Willem Paap and Israël Querido (1936) are included in the collection of the Amsterdam Museum. From 1903 to 1939 she exhibited almost every year until, at the beginning of WW2, she was expelled as a member of Arti together with 14 other Jewish artists.

Passing away
Charlotte died a natural death in 1945 in Amsterdam, at the age of 78.