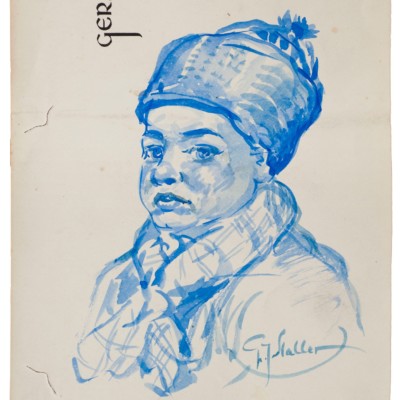 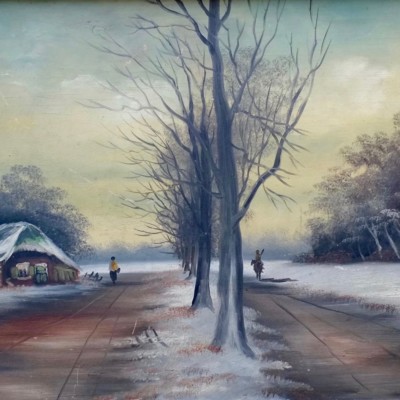 The row of trees along the path in winter 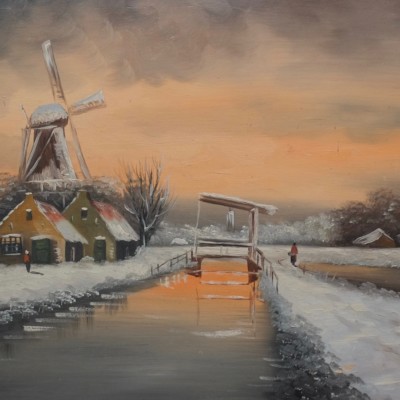 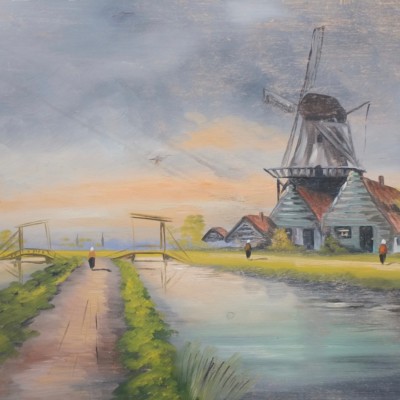 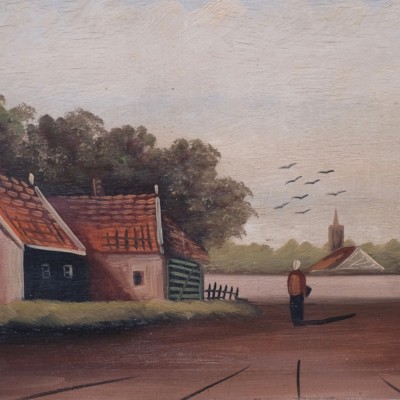 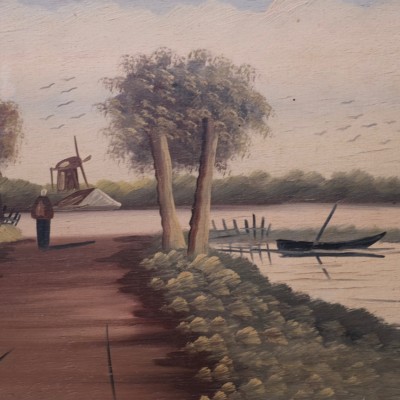 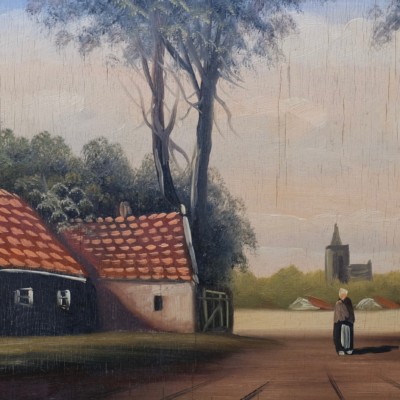 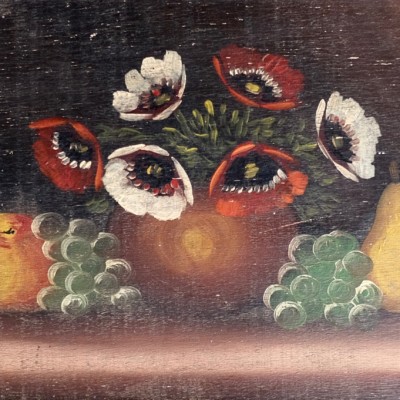 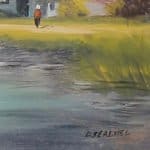 David Sealtiel was a son of Samuel Sealtiel and Roza (Roosje) Lever. He grew up in a large family with two sisters, Saartje and Frederika, who died in 1928 at the age of 44, and three brothers: Jacob, Hartog and Israel.

wedding
David married Aaltje Cohen. They had six children together: Roosje, Frederika, Rachel, David, Samuel and Maurits. David Sealtiel was a versatile and agile man. The family moved many times and lived at different addresses throughout Amsterdam.

In 1926 he sold the business and started to focus on the art of painting, which was a hobby of his before. He practiced this profession in a basement on the Waterlooplein in Amsterdam.

He mainly made things like paintings and mirrors. He also painted lampshades. Initially that went well, but gradually it deteriorated.

bankrupt
He was able to survive for a long time because some of his children were married and he could borrow money from them. He went bankrupt in early 1929. However, thanks to support from various agencies, he was able to continue his work.

invention
In 1932 David made an invention to make dentures in such a way that they stuck almost like normal teeth. He had a contract with a dentist to market these teeth. When this collaboration failed, he made dentures at his own expense, in addition to his activities as a painter.

nerve patient
In 1933 he again rented a butcher shop, but because the income was nil, he was taken up in an overwrought condition. He was considered a “serious nerve patient”. After a few months, David Sealtiel started working again. He now made commercials for shops and lottery tickets, but had little success with this.

second marriage
After the death of his wife Aaltje, David settled in Nijmegen in December 1940.

Two days after his arrival, he married on December 13, 1940 to 58-year-old Marianne van Raap. She was previously divorced in 1914.

passing away
In October 1942, David Sealtiel, Marianne van Raap and all six children were arrested and deported to Auschwitz via Westerbork and murdered there.

Deceased during WW2Kunstenaars in Amsterdam