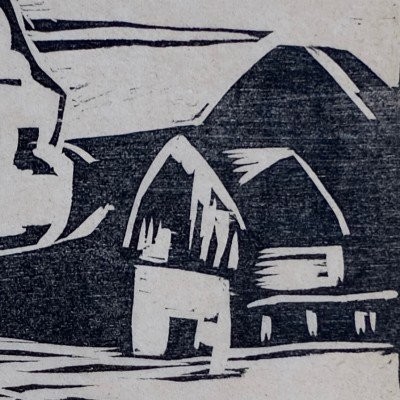 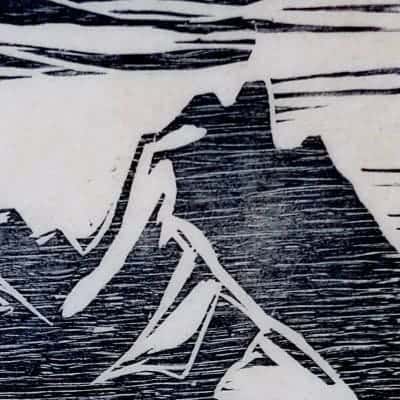 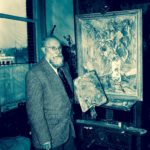 Dirk Filarski, a renowned representative of the Bergen school, was a versatile artist of the old school. Filarski painted, watercolors, drew, etched, lithographed and manufactured wood and linoleum cuts of landscapes, cityscapes, flowers and still lifes. Filarski was an impressionist with a special color.

He actively participated in more than three hundred exhibitions and garnered both strong criticism and great appreciation. He received many awards, medals and honor exhibitions. His work was of interest to museums and private collectors at home and abroad. Even now, when a Filarski comes on the market, the interest is still great.

youth and education
Dirk Filarski was born in Amsterdam as the youngest of four children of Herman Filarski and Catharina Mulder. Until the age of eleven, Dirk Filarski lived on Martelaarsgracht, later on Frans Halsstraat, Singel and Noorderstraat.

In 1901 Filarski was enrolled as a student of the Quellinus Amsterdam Applied Arts School, a practical artistic training. The school was located in Frans Halsstraat, a few doors away from his childhood home. From 1903-1907 he attended education at the Rijksschool voor Kunstnijverheid Amsterdam. During his studies Filarski made friends with whom he would maintain intensive contacts for years. Among them Germen de Jong, Arnout Colnot, Tjerk Bottema, Dirk Smorenberg, Matthieu Wiegman and Wim Schuhmacher.

painting in Bergen
In 1905 and 1906 Filarski fulfilled his military service and in the following year went to work with Smorenberg in Bergen (Noord-Holland), Egmond and Bergen aan Zee. In 1907 they exhibited by invitation at the local “Nut and Pleasure Association”.

the art collector August Maschmeijer
In 1908 Filarski, Smorenberg and Colnot exhibited at an exhibition of Sint Lucas in Amsterdam. In 1909 Filarski showed landscapes at Sint Lucas that he had painted in the surroundings of Renkum in Gelderland (including “Buckwheat presses for a farm in Renkum”). The exhibitions had caught the attention of the Amsterdam businessman and art collector August Maschmeijer (1848-1922). Maschmeyer made it possible for Filarski and Colnot to settle in Bergen. In 1910 they exhibited in the building “Artibus Ingenius Sacrum”. The works on display, mainly landscapes, were painted in the style of Luminism.

Paris
Filarski traveled to Paris on January 12, 1911 with John Raedecker and Jacon Bendien. There Jan van Herwijnen joined the company. Filarski stayed there for 6 weeks. In 1935 he returned to Paris and stayed there for three months. During this period he painted many Parisian cityscapes.

Switzerland and Italy
In 1912 Filarski left for Switzerland. He took shelter in Clarens with the musician Nico Ebels, who was married to Lien Smorenberg, his friend’s sister. Dirk Smorenberg also stayed with the Ebels family. In the period 1912-1914, Filarski and Smorenberg painted mountain landscapes with striking color accents (purple, pink, lilac-blue, light and dark green). With this use of color, Filarski was part of the movement of the moderns (the “Blues”) within the Artists Association Sint Lucas. The more traditionally working painters of Amsterdam and Laren impressionism were referred to by the name “Browning”.

Filarski stayed in Switzerland and Italy (Lago Maggiore) for longer periods between 1912 and 1917.

the art collector Piet Boendermaker
In 1913 he returned to the Netherlands due to the death of his mother. After her funeral he worked for a while in Drenthe. In 1915 and 1916 he was working in Amsterdam, Bergen and Schoorldam. In 1917 he roamed the Bernese Oberland and painted dozens of mountain landscapes in which dark colors became more dominant compared to the works from the period 1912-1914. Filarski returned to the Netherlands in 1917. He had come into contact with the art collector Piet Boendermaker (1887-1947), who from 1915 would buy many paintings from him for 15 years.

Wedding
In 1918 Filarski married Rachel Willy Gerritse (1895-1942). The couple settled in Bergen at Oosterweg 23. The house, a half-demolished farmhouse, was named “Electric Cube” (due to the poor condition of the electrical wiring).

Lacquer
Their son Ernst Gijsbrecht Arnout was born in 1919. He was named Lakkie Jr. after his father’s nickname. Filarski was called Lakkie or Lak by family, friends and acquaintances because he believed lacquer was everywhere. Lak was a nickname he proudly wore. Dirk, his actual first name, was unknown to almost no one. This was partly facilitated because Filarski always signed with D.H.W. Filarski or Filarski.

travels
Thanks to Boendermaker’s financial support, Filarski was able to travel a lot. In the early 1920s, Filarski worked at Lake Como and also in Prats-de-Mollet, France. “A series of tightly composed works in sober colors of green, brown and gray was created, which the collector Boendermaker clearly liked to have around him.”

After 1923, Filarski gradually started to work with lighter colors. He traveled extensively to the south of Europe, where he painted in Menton and Roquebrune. In 1925 the Filarski family lived in Tourettes-sur-Loupe, where paintings were created with many green, yellow and light brown shades. Filarski traveled with Matthieu Wiegman in 1925 through Tuscany to Rome and in November of that year restless Filarski worked in Collioure, France.

The second son Gerard was born in 1927. The family had since moved to the house that had been built for Charley Toorop on the Buerweg in Bergen and was called “De Vlerken”.

paintings in hire purchase
In 1927, 1928 and 1929, Filarski traveled through France. The robust way of working with large monumental surfaces was abandoned and more attention to detail was devoted to the treatment of the subjects. Filarski’s patron Boendermaker had been in serious financial trouble due to the stock market crash of October 24, 1929 and from 1931 he could no longer provide Filarski and other painters with a monthly payment. It did not prevent Filarski from painting in Morocco and Paris between 1929 and 1930 and in Venice and Spain in 1932 and 1933 respectively. To ensure a regular flow of money, Filarski hired his paintings.

separation
In late 1933, Filarski divorced his wife. He was assigned the education of the children by court order, but due to his frequent absence, the children had a difficult time after the divorce.

Arti medal
Filarski continued to travel after the divorce. He worked with Willem Schumacher several times in Spain. There arose a number of views of Teruel in 1935. One was awarded the Gold Arti Medal. In 1936 and 1937, he worked for months in Italy and Yugoslavia. The famous bridge of Mostar was put on canvas many times by him.

WWII
Traveling around Europe was hardly possible during the war period. From Amsterdam, where Filarski had settled in 1936, he painted in various villages and towns in the Netherlands, including Staphorst and Giethoorn.

Filarski’s ex-wife, was arrested in a raid in August 1942 and deported to Auschwitz. She did not survive.

After WWII
In 1946 Filarski traveled to Norway where he painted a number of landscapes in light colors. In 1947 he married for the second time. He married Lien Smorenberg, the widow of the violinist Nico Ebels and his friend’s sister. In the early years of the marriage, the couple traveled almost constantly in France and Spain. Lien died in 1956.

Filarski made many gouaches in the period 1950-1960. This technique was more suitable for someone who was almost always on the move, because less material had to be towed (cloth and easel). His gouaches, including landscapes, still lifes and animal motifs, were strikingly colorful and artistically marked a new phase in his art.

passing away
Filarski died on February 28, 1964. He left an extensive body of work. He was one of the most important Dutch luminists.

Filarski did not have a peaceful nature; in his life he traveled continuously with Bergen as base. Connecting with one place and the same people all the time had been torment for him. He felt an inner need for constant change of scenery.