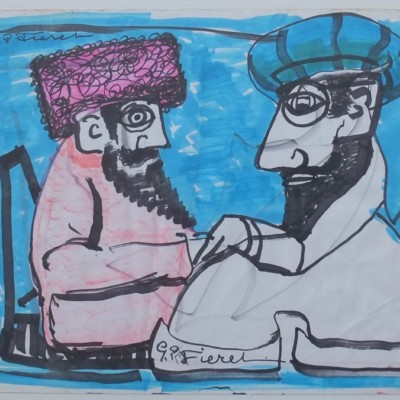 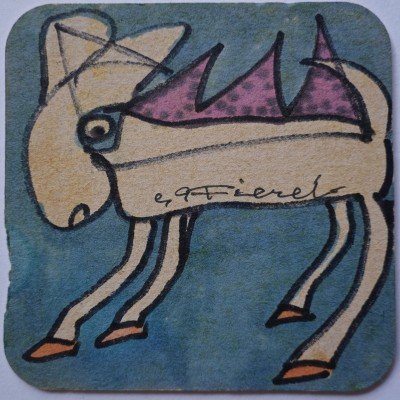 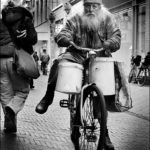 Gerard Fieret was a photographer, visual artist and poet.

Gerard Fieret was born in The Hague and had an unstable childhood. In 1926 his father abandoned the family. Fieret was raised by his mother and two sisters and also spent time with foster homes and in children’s homes.

As a young adult, he was forced to work in Germany during the Second World War. At the end of the war he returned to The Hague.

Just before and after the Second World War, Gerard Petrus Fieret studies at the Royal Academy of Visual Arts in The Hague.

He follows the drawing course but also learns painting, graphic design and photography.

Only in 1965 did Fieret really get involved in photography, for that he mainly made gouaches and charcoal portraits. Henri van de Waal (1910-1972), professor of Art History at Leiden University, was one of the earliest admirers of Fieret’s photographic work.

Thanks to Van de Waals commitment, Leiden University now has the largest collection of Fieret’s work in the world and his photography was brought to the attention of, among others, the Gemeentemuseum Den Haag. In 1971 this museum presented the first major solo exhibition by Fieret.

Fieret was involved with photography until around 1980. He had a huge production of black and white photos in those years. His subjects are everything that he encounters in his immediate environment: women, himself, animals, children, animals, objects on the street.

His photos are always taken quickly with a simple 35mm camera, often from an unusual point of view, often show blur and the composition is often messy.

The way in which the development and printing took place, quickly and with certainly not pure chemicals and without much respect for the photo paper, gives the prints their characteristic yellow spots, cracks and other impurities.

A large part of Fieret’s photos are large signed with a pin and often have one or more stamps. All this means that the photos of Fieret radiate enormous authenticity.

Gerard Fieret was for years a striking known appearance in the city center of The Hague. He was nicknamed “The Pigeon Man” because he was on his bike every day with two buckets of pigeon food at the wheel, driving around thirty places where he fed his favorite birds.

Fieret’s photographic oeuvre has remained underexposed in recent decades, but appreciation for his photographs has recently increased, given the popularity of his work at auctions in Amsterdam and New York.