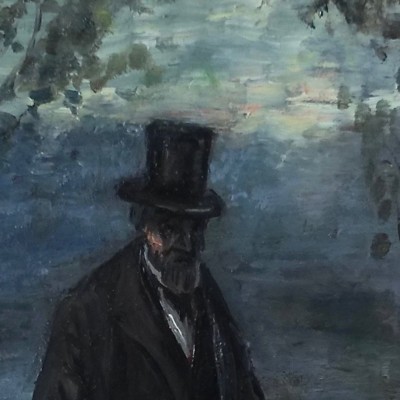 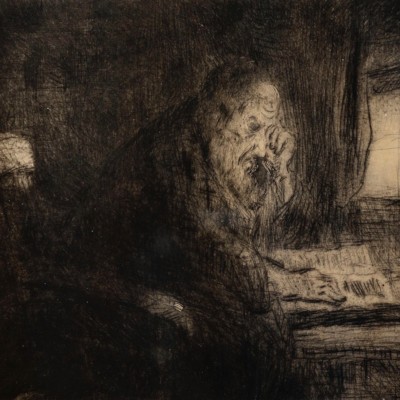 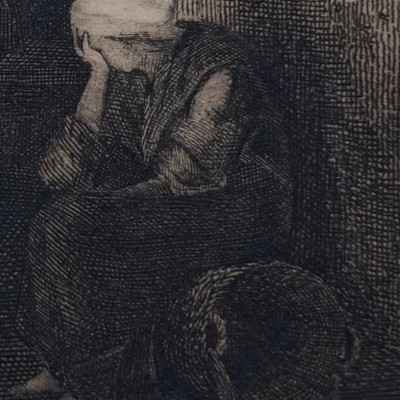 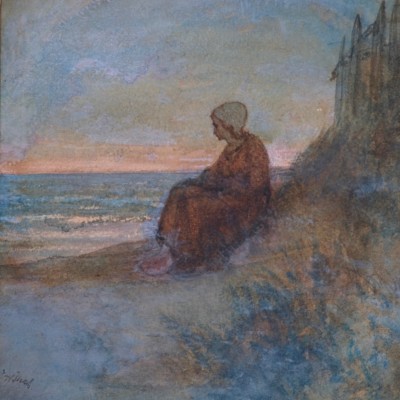 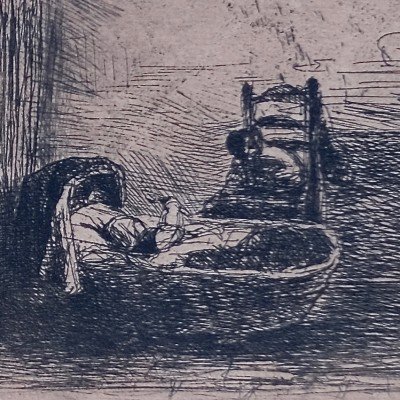 Jozef was one of the most important Dutch painters from the Hague School. He also made etchings and lithographs and wrote. He used J. Maalman as a pseudonym.

Education
Israëls was of Jewish descent. From the age of 11 he received lessons from landscape painter Jacob Bruggink, who was affiliated with the Minerva Academy in Groningen.

J.J.G. van Wicheren was his second teacher in 1836 and in 1838 he received painting lessons from Cornelis Bernardus Buijs.

When he was 18 he went to study with Jan Adam Kruseman and with Jan Willem Pieneman in Amsterdam. He continued to live there, except during a few interruptions, until 1871. He then worked in The Hague.

Paris
From 1845 to 1847 he stayed in Paris. He was taught romantic history painting in the workshop of the French François-Édouard Picot. Louis Gallait and the French Dutchman Ary Scheffer also directed him towards Romanticism.

Horace Vernet, Paul Delaroche and James Pradier’s work also influence his work when he studied at the École des beaux-arts in Paris.

He also met Jan Jongkind and the Barbizon painters.

Thérèse Schwarze
Jozef Israëls was friends with Thérèse Schwarze‘s father, Johann Georg Schwartze, who introduced them together and allowed her to expand her network at the start of her great career and who also inspired his son, Isaac, in her neighborhood.

His son
Until 1885 he trained his son Isaac Israëls, who was born in 1865. He wrote about this: “With the help of the Lord, he will become a better painter than his father.”

Israëls made a journey through Spain from 1897 to 1898 and subsequently wrote his travel story, based on his numerous drawings. In 1879 he became a knight in the crown order of Italy.

quotes from his letters and a poem

“God, God, I will return to you one more time as a true artist. Will all those Art lovers once again look at my works with reverence and the laurel of Art adorn my skull …. I feel so fervently all the beautiful of my noble career …. Again I call to you, let me much rather not live than in I feel disappointed. “

“No, the Dutchman is not cold, not insensitive, our people are still full of enthusiasm for what is noble and good. Holland above all! We artists, from Rembrandt to Maris, are crazy about our country. We think our Holland is a wonderfully beautiful country with its meadows, its beaches, its sea, its houses, its figures, farmers, countrymen, Jews, merchants, everything is just as picturesque as it is for grabs. The best thing about the Netherlands, however, is Amsterdam, the wonderfully spacious Amsterdam, where so much goes out and that unites so much in itself. ”

“You cannot know what is coming out of you: all your knowledge comes out wrong: what you do not know and did not think at all that would come, it comes in one, sometimes with a curse and a sigh, and there you have you it. – Everything ends up. I made things that I had forgotten about for twenty-five years. At first I knew them too well, but then I forgot them, I had to forget them and then I made them. – If something does not become beautiful, then you go back to something else. Tobben doesn’t care. Better later? No, better later, you shouldn’t say that anymore. You don’t know if it will get better in the future. “

“I want to convey my affections to the viewer – I want him to be fascinated by the scene that I have not only seen with my naked eye, but that I have seen moving deep within me.”

“But I have to tell you what I saw … I had entered a dark room, lit by a small, elongated horizontal window, …. The light cut sharply … .. and stood out on the stone floor … the Jewish lawyer sat leaning behind the table with his arms leaning on the parchment and turning his royal head towards me. ..It was a beautiful head, fine and translucent pale like alabaster, wrinkles, large and small, walked past the small eyes and around the large curved hawk nose. A black cap covered the white skull and a low white-yellow beard lay in large flakes over the parchment described … two stools lay diagonally on the floor beside him. How I would have liked to have made my sketchbook. … but before the gaze of the law writer, I dared not implement my intention. “

“… an original Jewish art can only come about if the Jews have their own land under their feet and live a free life [Bainin asked him:” Is that not what Zionism wants? “] Yes, it nl : Zionism is a noble thought, but who knows if they reach their goal? Herzl visited me [in The Hague, Oct. 1898], he is a noble person and believes in his idea. But who knows … Now it is our duty to fight anti-Semitism, to protest against the injustice and violence that is being done to us … .. what the essence of Jewish art is, writers and art critics must decide: we painters must work and not philosophize. “

That’s it
Once there were two paintings,
Right in front of each other
It is colorful and beautiful
And that’s simple and true
That simplicity and truth are the hallmark
Science and art
Oh, the people can’t understand that
And it favored the tinsel.