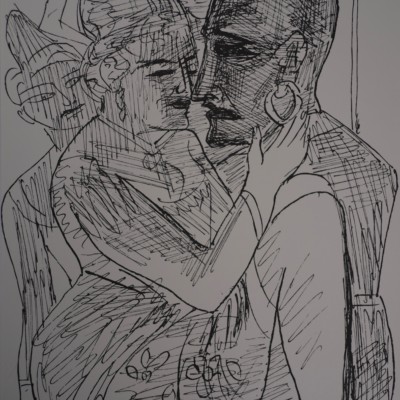 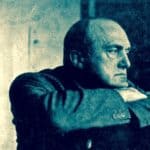 In 1900 Beckmann started his painting education in Weimar.

Paris
From 1903 to 1933, Max Beckmann also regularly lived in Paris, where he had a rental home. Here he wanted to compete with the great modern painters, in particular Picasso. However, he was unable to really break through that.

Florance
In 1906 Max Beckmann lived for a short time in the Villa Romana in Florence and got married to Minna Tube.

WW I
In 1914 Beckmann first left for the East Prussian front during the First World War as a medical volunteer. In 1915 he did the same work in Flanders and Strasbourg where he mentally collapsed due to what he found.

Frankfurt
He moved from Berlin to Frankfurt, where he became a special teacher at the Municipal Academy. In 1925 he received a teaching assignment from the Städelschule in Frankfurt followed by a professorship in free painting in 1929. In 1925 he divorced Minna and married singer Mathilde von Kaulbach,

During the late 1920s he was very successful, had a good position as a professor, and publications appeared about him.

Exhibition ban
The Nazis came to power in Germany and many artists struggled. For many, especially progressive artists, the work was considered “degenerate”.

In 1933 the Nazis robbed Beckmann of his teaching position in Frankfurt and imposed an exhibition ban on him.

Max Beckmann then returned from Frankfurt to Berlin. Approximately six hundred Beckmann’s works of art disappeared from the museums and were seized. In 1937, his work was shown at the infamous exhibition of “degenerate art” (Entartete Art).

The Netherlands
Beckmann fled Germany in 1937, the day after he heard Adolf Hitler’s speech at the opening of the “degenerate art” exhibition on the radio. In it, Hitler expressed threats to modern artists. Beckmann would have preferred to have left for the United States, but he did not get a visa for that and so he came to the Netherlands, where he stayed for 10 years. He settled in Amsterdam and had a studio at Rokin No. 85.

He had already visited Amsterdam for the first time in 1903. He wrote about this in his diary;

“This Amsterdam is also so delicious. When I came out of the cafe tonight, I wandered around a bit. The fog laid a fine veil over all these small, colorful houses that were illuminated in such a fairytale way. The canals really reflected everything they saw, eager and so serious, and the lanterns all seemed veiled suns … The cheerful chatter of the Dutch, who show their strikingly wide backside everywhere on the street, and their even happier sins, are so incredibly funny and fit so well with the total ensemble that I wouldn’t want to miss a thing. “

He didn’t get much recognition in Amsterdam, but he was productive. 280 paintings were created in the city, about a third of his total oeuvre, including the triptychs Acrobats (1939), Perseus (1941), Theater Players (1942), and Carnival (1943).

Teaching positions
From 1947-1949 he taught at Washington University in St. Louis. Then at the Brooklyn Academy Museum School University of Colorado at Boulder.

After a year in New York, he taught at Mills College in Oakland in the summer of 1950.

Prizes
In 1950 he won the Prix Conte-Volpi at the Venice Biennale. That year he also received an honorary doctorate from Washington University in St. Louis.

Painting style
Beckmann is situated between the expressionism of Die Brücke (including Ernst Ludwig Kirchner and Erich Heckel) and the anecdotism of the Neue Sachlichkeit (with Otto Dix and George Grosz).