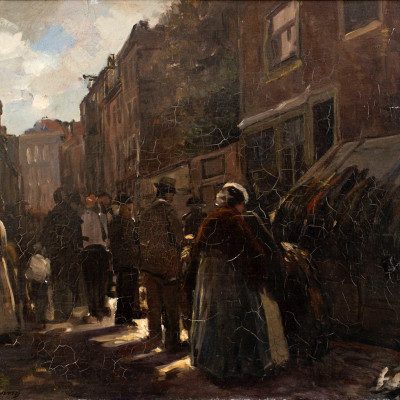 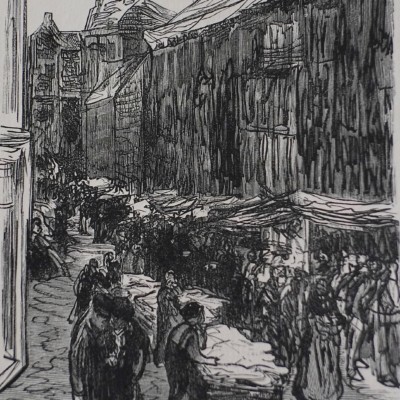 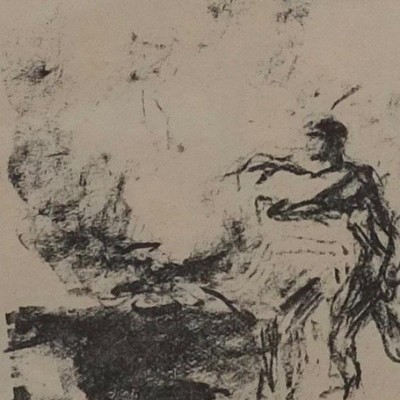 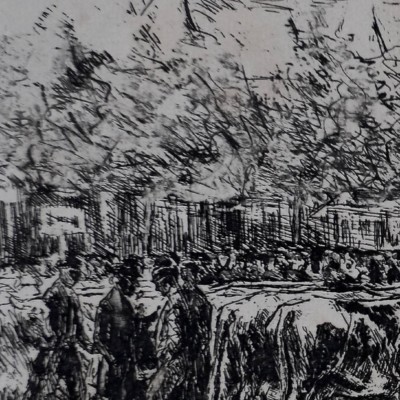 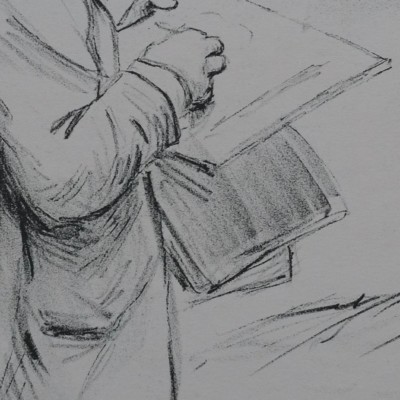 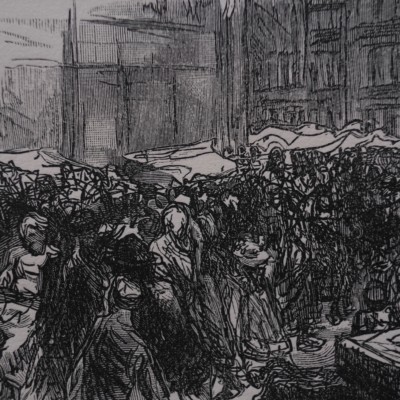 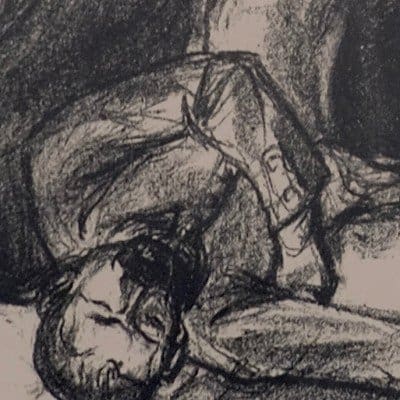 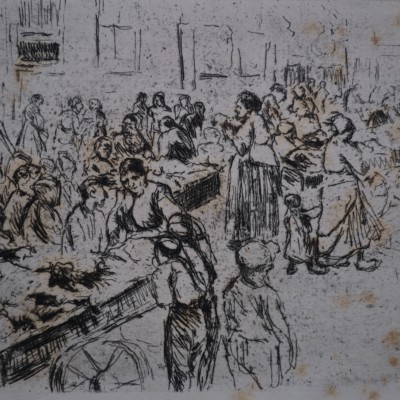 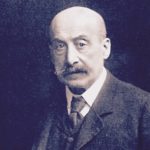 Liebermann was a German painter, graphic artist, pastelist and illustrator. He was also a professor at the Royal Academy of Arts and President of the Preussen Academy of Arts, both in Berlin. Liebermann visited the Netherlands frequently and the collection contains various Amsterdam market scenes.

As a descendant of a well-to-do Jewish merchant and manufacturer family, Liebermann visited the private drawing school of the Berlin painter Carl Steffek in 1863. In 1866 he started studying philosophy at the University of Berlin. From 1868 Liebermann studied at the Großherzoglich-Sächsische Kunstschule in Weimar, where he was taught by Ferdinand Pauwels and Courbet student Karel Verlat.

In 1871 he visited the studio of the Hungarian painter Mihály Munkácsy in Düsseldorf, whose work makes a big impression on Liebermann. He then makes a short trip to the Netherlands.

In December 1873 he went to Paris. He met Munkácsy, Troyon, Daubigny, Corot, Millet and Manet.

In the Louvre he devoted himself to the study of the Dutch masters.

In the summer, Liebermann painted in the Netherlands – especially Laren, Scheveningen and Noordwijk – where he met Jozef Israëls at an exhibition of the Hollandse Teekenmaatschappij in The Hague.

In 1884 Liebermann stayed at the house of Israëls in Scheveningen. In October 1884 the two painters and their wives stayed in the Carelshaven hotel near Delden. In both company they made studies of a peasant family having a meal. They both made a monumental painting. Liebermann called it Tischgebet and the work of Israëls was baptized the Midday meal in a farmhouse.

Vincent van Gogh was a great admirer of Max Liebermann. The artists agreed to meet at the end of 1883 in Zweeloo in Drenthe, where Liebermann had worked. Van Gogh, who was also in Drenthe at the time, went to the village by horse and carriage. However, Liebermann did not show up. It never came from a meeting.

It was not a lack of craftsmanship that made the critics prone, but the choice of his subjects: women plucking geese or washing vegetables, they do not paint such things. Biblical scenes, but not a farmer’s wife feeding her pig!

For years, Liebermann was called the “apostle of ugliness.” Yet he was groundbreaking and avant-garde.

In addition to numerous self-portraits, he also made portraits of famous countrymen. Liebermann became one of the most requested portraitists in the higher circles. He was often criticized for refusing to idealize his models.

The real impressionist work did not come until the end of 1900. From the beginning of the 20th century, mainly café and beer scenes, street scenes and beach scenes were created. Elegant citizens had now taken the place of the simple people. In addition to the constantly recurring landscapes, numerous park and garden views will follow later.

In Berlin, in 1897, he was appointed professor at the Royal Academy of Arts.

In 1909 he bought a piece of land on the Großer Wannsee, which he used to build a country house with a studio after a design by architect Paul Baumgarten. Baumgarten also designed the garden, which was later also filled by Liebermann himself with the flowers and plants that he wanted to draw and paint.

In 1920 he was appointed chairman of the Preußische Akademie der Künste. He was re-elected every year until 1932; then he was honorary president. On the occasion of his 80th birthday in 1927, he became honorary citizen of Berlin.

In 1933 Hitler was chosen as the German Chancellor. Because of his Jewish background, Liebermann resigned as honorary chairman of the Preußische Akademie der Künste. He then joined the newly established Kulturbund Deutscher Juden and gave financial support to young Jews who wanted to flee to Palestine.

In the Netherlands, he was inspired by the vast landscapes, the sea and the beach. As a foreign painter, Liebermann has been one of the few who has excellently presented Holland with a multifaceted image in his works.

The various subjects were different from the traditional ones. He painted a butcher’s shop in Dordrecht or a shoemaker in Dongen with the same pleasure as various villas in the Gooi region.

Liebermann was one of Germany’s leading impressionists, he was rich enough to be able to devote his entire life to art independently.

The last years of his life, Liebermann was shunned by the German artist community. Liebermann had a great influence on the Berlin art world, but was harassed as Jews and artistically isolated by the Nazis.

At a very old age, Liebermann mainly painted motifs from the surroundings of his mansion on Lake Wannsee; until his death he mainly painted his garden.

Liebermann was active for more than sixty years.

His work comprises around 1200 paintings.

Deceased before WW2Artists in Paris