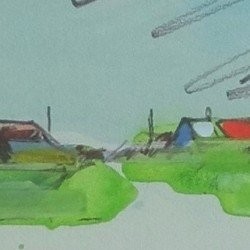 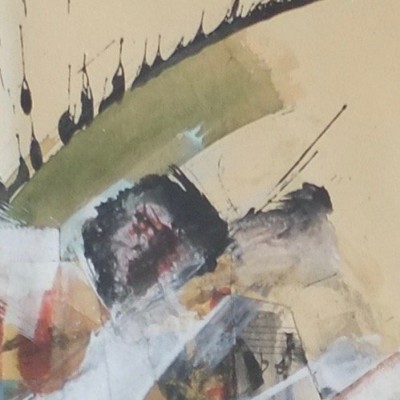 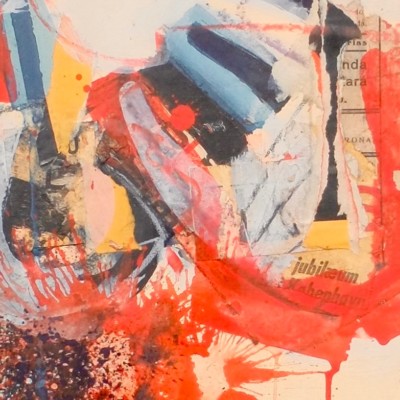 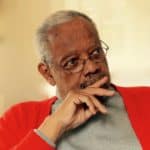 Sam Middleton was a mixed-media artist from New York, and “the first modern African-American artist in the Low Countries”.

Youth
Middleton grew up in Harlem, New York. He was a painter, watercolorist, lithographer and specialized in collages.

Self-taught
Middleton is an autodidact as an artist. As a young boy who grew up in Harlem, he often visited the nearby Savoy Ballroom and music (jazz and classical) became an important inspiration for his artistic endeavors. Middleton later also worked in the Savoy and designed costumes and painted LPs and book covers.

1961
The “Master of Collage” eventually settled in the Netherlands in 1961, where he was part of the considerable influx of foreign African-American artists.

Amsterdam
He lived in Amsterdam for many years, but fascinated by the landscape, he eventually settled in Schagen (in the northern part of North Holland).

Teaching positions
Middleton taught at Atelier 63 in Haarlem and the Royal Academy of Visual Arts in ‘s Hertogenbosch.

Jazz
In his work, music, especially jazz, was Sam Middleton’s main leitmotif. In his collages, he incorporated scores and photos that refer to this favorite theme. The collages have a balanced aesthetic and rhythmic balance. This balance is created by a subtly applied surface division with in many cases a transparent painted background and the addition of a large variety of graphic elements, pencil lines and dots.

In addition to music, the North Holland polder landscape was an important source of inspiration for Middleton.

According to coastal critic Frans Duister, Sam Middleton can be praised as “the first modern African-American artist in the Low Countries”.

Fame
Middleton has achieved national and international fame with his artworks. His work has been exhibited many times in renowned Dutch and foreign art museums.

Deceased after WWIIKunstenaars in Amsterdam