On the cover of the published book “The bridge” by Hannelore Wolf, the cover shows part of our beautiful painting of the Blue Bridge by Toon plumers.

(Scroll through the page at the bottom of Events) 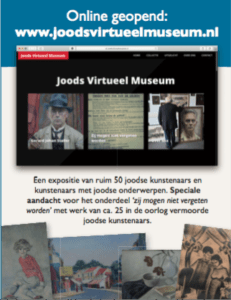 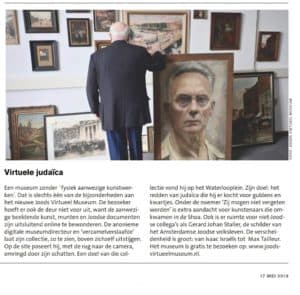 When Julia (13, almost 14; as she himself says) looked at this website in the context of a school workpiece, she was struck by the stories. She made this artistic impression of the well-known ruling, unintentionally touching the essence of this website. All these artists have a more or less tragic, but often also inspiring life story. 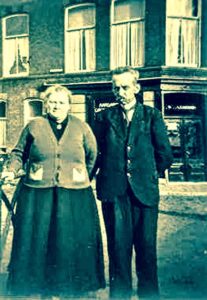 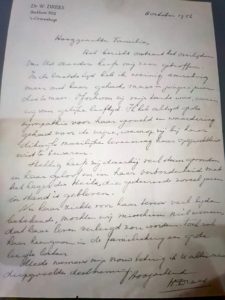 It is said that if one puts a black grain of rice in a pot of white rice grain, closes the lid and shakes it, the black rice grain will eventually touch all the white rice grains, and so we all know someone who knows someone ..

It turns out that the great-grandmother of the web-editor is family of Aart van Dobbenburgh, who’s works are on display in the collection and was brought up at the Drees family’s home.

* Drees enjoyed a popularity that exceeded party political boundaries and received the nickname “Father Drees”. He was the initiator of various social laws. As a minister of Social Affairs, he laid the foundation of social legislation in 1947 with the Emergency Old Age Provision Act. Hence also the expression: He draws from Drees (which means that someone receives retirement pension).